Kaw City woman sentenced to prison on a string of charges

NEWKIRK — A Kaw City resident was sentenced to prison today in Kay County District Court after entering no contest pleas to a series of charges.

Kassandra Mary Jean Anderson, 23, entered a no contest plea to charges of burglary, conspiracy and assault and battery with a deadly weapon, filed on Oct. 1, 2020.

That case was filed after Ponca City police investigated a reported assault at The Ashley Inn.

On the burglary charge, Anderson was sentenced to 20 years in prison, with 10 years suspended.

On June 24, 2020, Anderson was charged with a felony count of assault with a dangerous weapon and on Oct. 25, 2019, she was charged with felony charges of possession of firearms after conviction; endangering others while eluding police and a misdemeanor charge of obstructing an officer.

In counts one and two of both cases she was sentenced to 10 years in prison. She was sentenced to one-year in the county jail on the misdemeanor charge. On April 3, 2019, she was charged with a felony count of unauthorized use of a vehicle.

In that case she was sentenced to two years in prison.

In 2016 she was charged with unauthorized use of a vehicle and eluding police. In that case the court granted an application to accelerate and sentenced Anderson to five years on the vehicle charge and one year in the county jail on the eluding charge. In 2015, Anderson was charged with a possession of meth and a misdemeanor charge of injure and or molest a motor vehicle and or joy riding. An application to access was granted and she was sentenced to 10 years in prison and one-year in the county jail. All cases are to run concurrent and credit for time served was granted. 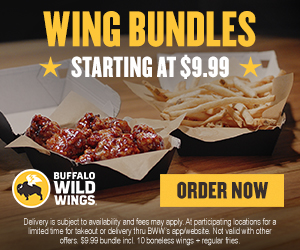