At 12:58 a.m. a BIA officer notified KSO that he had stopped a vehicle for doing 108 miles per hour north of Cowboy Hill Road on Highway 177. A deputy spoke to the officer and told the officer to let the driver go.

At 8:29 a.m. a deputy took a report on gas reported stolen from the Tonkawa Processing Corp.

At 9:45 a.m. a deputy arrested Amy Oliver at the courthouse.

At 9:58 a.m. PCPD requested a warrant check on Cody Steele. KSO reported he had two warrants.

At 2:10 p.m. deputies assisted PCPD at Osage Casino with a possible overdose. Osage County deputies were notified and were responding from Pawhuska. An ambulance responded and took the subject to the ER.

At 4:13 p.m. KSO received a report of a subject loaned a vehicle to a family member. That person’s son then took possession of the vehicle and the owner wanted to file a report. A report was made. The vehicle was then located.

At 5:53 p.m. KSO received a report that fugitive Daniel Merz was at 2612 east Hartford. PCPD responded and arrested the subject.

At midnight a BIA officer advised KSO that he was out with two subjects, one intoxicated and one has no license. A deputy headed that way and the officer advised he let the subjects go.

At 6:22 a.m. OKC police requested a warrant check on Gary Baker. A warrant was confirmed.

At 5:15 p.m. KSO was advised of two goats in the parking lot of Phillips south plant. A deputy advised he did not have room for goats in his truck. Animal Control was notified.

At 4:03 p.m. Grant County Sheriff’s Department advised KSO that OHP reported two lawn mowers were pulling trailers east on Oklahoma 11 west of Nardin. A trooper made contact with the lawn mower drivers. They were being followed by a RV. Troopers advised they were doing a reality show “The Great Grass Race” and had stopped for a snack.

At 7:36 a.m. KSO received a report of a subject carrying a firearm and driving a vehicle with a tag that said Sheriff and MAGA signage. The subject reportedly asked a group of people to leave the lake. The matter is being investigated. 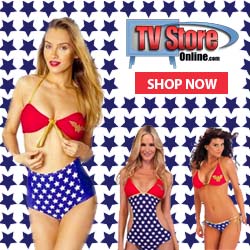