At 1:33 a.m. Fairfax police contacted KSO and reported that a subject in Oregon called and reported that his sons were with there mother and her boyfriend and that the boyfriend was assaulting her. The caller told KSO that the boys advised there was blood everywhere.  The boys advised their dad that they were either new Talmer Road in Ponca City or Acker Hill Road in Kaw City. Deputies pinged the phone to an area near Acker Hill Road. A deputy responded to the area and found a locked gate. The deputy reported he did not see anyone in the area. The call is listed as unfounded.

At 8:08 a.m. Newkirk police advised they were responding to a possible domestic in progress in the 500 block of west South Street. The officer later reported things were fine and that child thought his uncles were fighting when they raised their hands in the air. 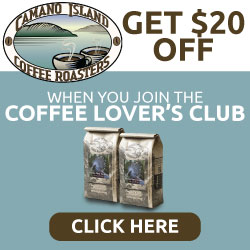 At 8:19 a.m. Newkirk police advised that an employee of First Council Casino called and advised a female, who appeared to be intoxicated, left the casino southbound on Highway 77. A deputy was requested to assist. At 8:29 a.m. police reported a vehicle with occupants matching the description passed doing 70 in a 45. The officer did not stop the vehicle because the vehicle description did not match that given by the casino. A deputy confirmed the the speeding vehicle was the vehicle and tried to catch up to it. Newkirk police then advised the vehicle was at Jiffy Trip. Ponca City police was notified of the vehicle description. A deputy then made contact with the vehicle. Warrant checks were ran on the occupants. The male was affirmative in Beltrami Minnesota but no extradition. The deputy reported the female showed signs of drug use but not enough to be arrested. The pair were released.

At 9:48 a.m. a deputy took a larceny report on solar panels that were cut.

At 6:02 p.m Oklahoma Highway Patrol advised KSO that they received a report of multiple people on a boat who appeared to be poisoned by either alcohol or carbon monoxide. A trooper and multiple ambulances responded to the area at Camp McFadden. At 6:03 p.m. Ponca City police advised there were over 10 people passed out and or throwing up at the ranger’s station. Two medical helicopters were dispatched. Deputies arrived and reported that at least one subject was airlifted from the scene and that it appears it was carbon monoxide poisoning.

At 7:58 p.m. Tonkawa police requested a deputy in reference to a subject who was mowing on the city side of C Street when a bullet reportedly hit his vehicle. Tonkawa police advised they would do a report.

At 11:27 p.m. a female contacted KSO and reported the driver of a Jeep in Braman started yelling at her and her passengers in the area of Clyde Street in Braman. She told KSO that occupants in a Hummer and and a white pickup then chased them to Interstate 35. The information was logged.