At 5:05 p.m. a deputy arrested Cory Michael Elliott, 30, and Alisha Tomek, 34, at the intersection of Sunset and Ponca.

At 6:48 p.m. a deputy arrested Mark Sitterly during a traffic stop at Oak and Broadway.

At 1:18 a.m. OHP notified KSO of a vehicle traveling north bound in the south bound lane. At 1:32 a.m. Blackwell police reported the vehicle side swiped another vehicle and that an ambulance was responding. Deputies responded but were unable to locate the vehicle. KSO reports OHP declined to take the call.

At 9:15 a.m. a deputy arrested Kim Harjo at the courthouse on a child abuse warrant. (see story)

At 3:26 p.m. a subject contacted KSO and reported a camouflaged nail spike strip was located on the trail at Camp McFAdden Park Trail. A deputy took possession of the spikes.

At 6:15 p.m. a deputy took a larceny report in the 4200 block of west Hubbard Road. A firearm, air compressor and lawn equipment were reported missing. 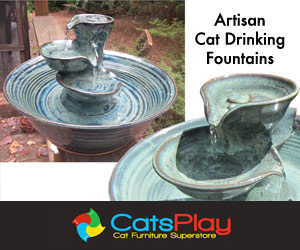 At 8:20 p.m. a deputy took a report on assault that occurred on Tosque Drive. A subject was reportedly hit in the head with a baseball bat.

At 9:03 p.m. two people were confirmed to have warrants during a traffic stop at Big Snake Bridge. One subject was transported to Ponca City jail and the other the county jail.

At 9:19 p.m. deputies became involved with a pursuit that started in Ponca City. One subject was arrested.

Deputies responded to a report of a vehicle that struck a deer on U.S. 77 south of Canteen Road. OHP responded.

At 2:33 a.m. deputies assisted BIA police with an accident on Eagles Nest Road. A vehicle was reportedly rolled and sitting on its roof. OHP was notified. No injuries were reported.

At 7:47 a.m. PCPD notified KSO of a report of a vehicle that  drive through a fence in the 100 block of South Flormable. OHP responded.

At 5:41 p.m. KSO was notified of bones believed to a body located at South and Pecan. OSBI and the medical examiner were notified. After an investigation an anthropologist advised the bones were two dogs and a deer pelvis.

Deputies responded to a report of an accident on Highway 177. A vehicle struck a deer, crossed the median and came to rest in the southbound lane facing north.  Deputies responded and the car was in a ditch. The vehicle was later towed.

At 5:27 p.m. deputies took a report on threats made by text.