Hughs was charged on June 17 with felony counts of embezzlement and fraudelent use of a stolen debit card.

In the affidavit, Kay County Sheriff’s Department investigator John Grimes reports he was contacted by Burden, Kan. police chief Ron Cannon on Jan. 24, 2020. Cannon reportedly told Grimes that Emerald Bank in Burden, Kan. was reporting $130,000 had been taken from an account by fraud and that the suspect was Hughs.

Cowley County Sheriff Lt. Tommy Scott also reportedly contacted Grimes and reported he too had been contacted by Burden police and that he believed the crime was committed in Braman.

Scott emailed Grimes a statement from bank president Debbie Lampson and a print off of the account in question. Grimes contacted Lampson.

Soon after the Kay County Sheriff’s Department begin receiving and investigating claims made by patients of the denture clinic that they had paid for dentures that they never received. (see story)

Following the interview Grimes sent a warrant request to the district attorney’s office. The charges were filed on June 17 and a warrant with bond endorsed at $50,000 was issued.

On June 19, Judge David Wilkie placed the warrant on hold and ordered the defendant to appear in court on June 22. According to the Kay County Court Clerk’s office Hughs was released on an own recognizance bond on June 22 and a status docket is set for Aug. 21. The Kay County Detention Center reports that Hughs has not been booked into the jail on the charges. 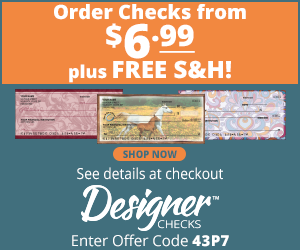