Saturday’s game couldn’t have started much worse for the Mavs as they gave up a goal in the game’s first minute. Garden City scored again before half and led 2-0. Maverick forward, George Robinson, a freshman from Maidstone, England, scored the lone Maverick goal at the 82 minute mark.
Robinson almost scored the game tying goal in the waning seconds but his shot was just over the crossbar.

“It was a disappointing result, but I’m not disappointed with the guys,” said coach Michael DuRoy.  “We started nine freshmen field players and it showed in the beginning.  We made a ton of mistakes and they capitalized on two of them. After we settled into the game we played fairly well. Garden City made their share of mistakes too, as most teams do in the first game, but we didn’t make them pay.  We had six one versus one opportunities with their goalkeeper and only scored one goal.  Obviously, that was the difference. We are going to get better as the year goes on. We had a few key guys out for the game that hopefully will be back on Wednesday for the Cowley College game.” The Mavs will be in action Wednesday night at Cowley College at 7:30 p.m. 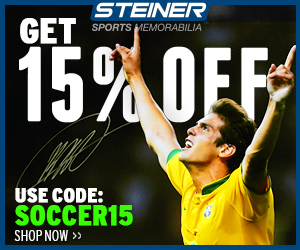