Staff and others honored at PC Back to School Assembly

PONCA CITY — Ponca City Public School certified employees were celebrated at the Back to School Assembly held in the concert hall.

Po-Hi Football players, cheerleaders, Hi-Steppers, band, and color guard welcomed staff. Superintendent Shelley Arrott said that Oklahoma Legislators are taking steps to make education a top priority by increasing teacher pay and adding money into the state funding formula for schools and that the district was able to restore eight teaching positions that had been cut because of budget constraints.

The district also used building funds to create a secure entrance at the Washington Pre-kindergarten Center. “All schools in the district now have secure entrances,” stated Arrott. “We appreciate the support of our community and for passing over $85 million dollars in bond issues over the last 10 years.” Some of the other significant improvements were made to the FFA Farm facilities, and $70,000 worth of new Promethean Boards were ordered to replace old ones that were not working very well.
New seating was installed at both the Po-Hi Howell and West Middle School Auditoriums.
(See story)
The Po-Hi Big Blue Band unveiled their new uniforms and Arrott introduced members of the Board of Education and all district administrators before discussing district celebrations.

The district’s Academic Mission is, “All students are prepared to live and work in a global society.” The district set a goal to increase growth 10 percent each year. With last year’s report card including a growth component, the district now has baseline data established for growth.
In 2017-2018 two cultural goals were set and action items were put into place to accomplish these goals. The first goal was to develop a unified, positive working and learning environment to foster teacher retention and student success. The district set a goal to reduce the number of teachers who leave the district for reasons other than retirement or spouse transfer by 10 percent each year due to the severe teacher shortage crisis.

At the end of July 2018, the district lost 44 teachers for reasons other than retirement or spouse transfer, and by July, 2019, they had only lost 32 teachers, which is 12 teachers less than July 2018. That is 30 percent fewer teachers than the previous year. Goal number two is to promote and build school spirit and eliminate barriers for all students to be involved in positive activity. The district set a goal to increase the number of students participating in extra-curricular activities by 10 percent each year. Arrott said “When I first collected the baseline data in February of 2018, we had 49 percent of sixth through 12th graders participating in at least one extracurricular activity. I had the data pulled again in May of 2019, and we had increased participation by 448 students, which is a staggering 74 percent of our secondary students. Every student in our district now knows they are the Wildcats and what our school colors are.”

The theme for the 2019-2020 school year is The Wildcat Way. Arrott discussed the reasons for the theme – characteristics synonymous of a Wildcat starting with each letter. She also said that a donor allowed for the purchase of T-shirts for all PCPS employees with the Wildcat Way characteristics on the back. Principals at each school have planned ways to implement the Wildcat Way at their site.

Po-Hi Head Football Coach Scott Harmon came to the stage with some of his football players and told how each one of them exhibited the Wildcat Way characteristics. Po-Hi students MaKenzie Cummings (Hi-Stepper Captain), Daysha Gilpin (Cheerleader Captain), and Drew Markle (Drum Major) all spoke about what the Wildcat Way meant to them. New teachers were introduced and employee years of service were recognized.

Tanya Gibson, the teacher who has been with the district the longest, was recognized for her 43 years of service. Arrott discussed the recent water damage that occurred at East Middle School. “We were very concerned about how we would be able to start school at East until we began receiving so many texts, emails, and phone calls from PCPS employees and patrons asking how they could help,” said Arrott. “Because of that, and the help of our project construction manager, Rick Scott Construction, sending in restoration crews to work round the clock, we will start on time and students will be in the restored classrooms. The district has also developed a schedule to accommodate the many employees who want to help their East teammates. There will be a few people from every site and department in the district coming to help teachers at East prepare on Monday and Tuesday so that classrooms will be ready on Wednesday, the day school starts.” 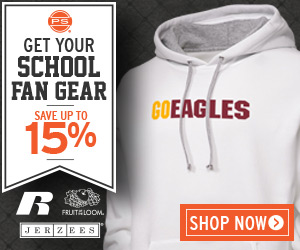